“Let’s Talk” is a social art project focusing on human connectivity shaped in the form of a platform where the audience can express themselves in an honest  way, joining together groups of people from different backgrounds and therefore allowing strangers to get to know each other and their stories, in a way that otherwise wouldn’t be possible. The final product consist of a series of audio visual work through individual interviews, where each person is asked a question that reflects their personal experiences. This project was developed during an artist residency supported by The Talking birds Theatre company. I got to know of the Talking Birds during one of the “Artist drop-In” meetings at Coventry Artspace and was immediately captivated by their principles in accessibility, social and environmental concerns and particularly searching for new ways to aid emerging artists from all practices to have a space to create their art. Since I’ve only created work about individual interests and inside my house, I felt that this was a unique opportunity to expand outside my comfort zone and create with the audience in a public environment.

Initially the production was supposed to take place in the Talking Birds head office but due to the initial virus Covid-19 outbreak (uh-oh) I was relocated to an art studio The Row in Coventry, but then after the official quarantine all art studios closed and I was (literally) sent to my room. I was so close to having my “real” first art-residency and now I was isolated in my small space once again, which was precisely what I was trying to change. But I didn’t let that discourage me and I continued the project by focusing on what I believed in and what I was trying to prove: Art connects! So I altered the live interviews into online call interviews, and proceeded with the project. This drastic change in production meant that the visual quality of my work deteriorated significantly but on the other hand my reach of interviewees expanded considerably, and I managed to interview not only people in the city of Coventry but also in other areas of the Uk and even internationally. I want to give them all a special thanks for having given their time to make this work possible, despite the limitations and concerns of the virus and its impact in their lives. 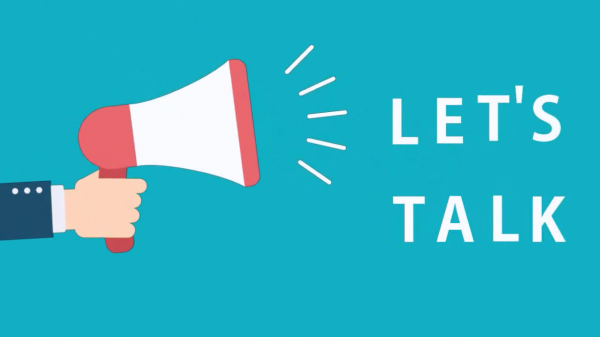 Despite the fact that there are few – but good- interviewees, the result was a success, there are not only three but four videos exploring questions ranging from very personal matters to abstract concepts such as “inspiration”. Naturally, being an art residency this platform also touches on the art discourse, now debated not only by artists themselves but also by members of the general audience outside the field of Arts. This union between the “outside world” and art practice has always been a passion of mine and thanks to this project I managed to bring artists and non-artistic audience together, and allow them to talk about their experiences and thoughts about art.

In many ways this residency was crucial for my development in thinking outside the box, exploring themes I never have before, finding solutions to the obstacles presented during unprecedented times and meeting so many amazing people, who inspire me to try new things and meeting many more strangers to come.               The Talking birds was also incredibly generous and patient in allowing an extension of my work due to the tricky situation with the quarantine, and so my residency which started at the end of March on the 24/03/2020, ended almost at the end of April on the 26/04/2020. But perhaps precisely due to the difficulties presented by the virus this project was more effective in its function as bridge between various peoples and the demonstration of the importance of human connection.

Featured on The Talking Birds Blog