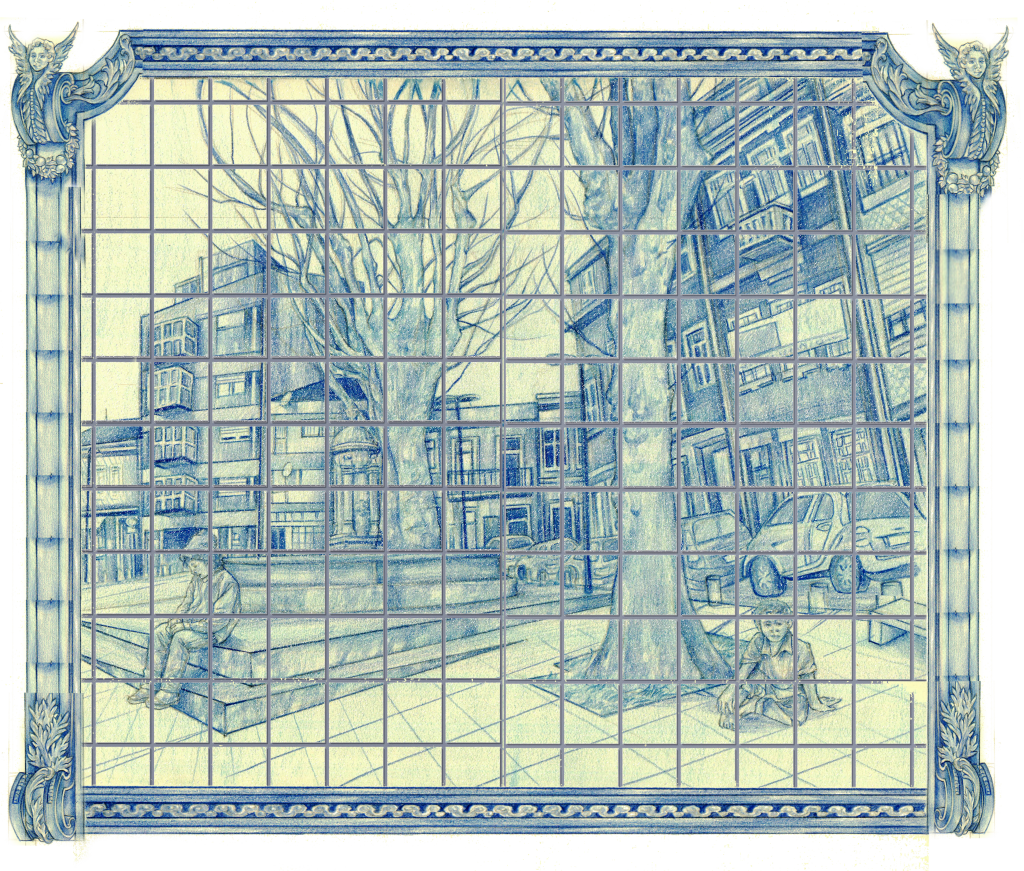 “Canalha” is a 3D animation for a VR art project exploring the issue of child homelessness, based on memories of my own experience living in a city where this issue is prevalent, and witnessing these cases on a daily basis. Although this work is focused specifically on the city of Porto, Portugal, it functions as a platform for the discussion of homelessness at a global level.

This segment relates to the first part of this VR project where all the elements are build into this 3D modelled environment comprised of the plaza, the city surrounding the interactive area and the interactive art installations in the plaza. The latest are a series of illustrations regarding scenes of children that come from difficult survival situations residing in the city, in various moments of their daily lives. In this case the animation functions not only as the basis for this project but also as a trailer for the VR experience. 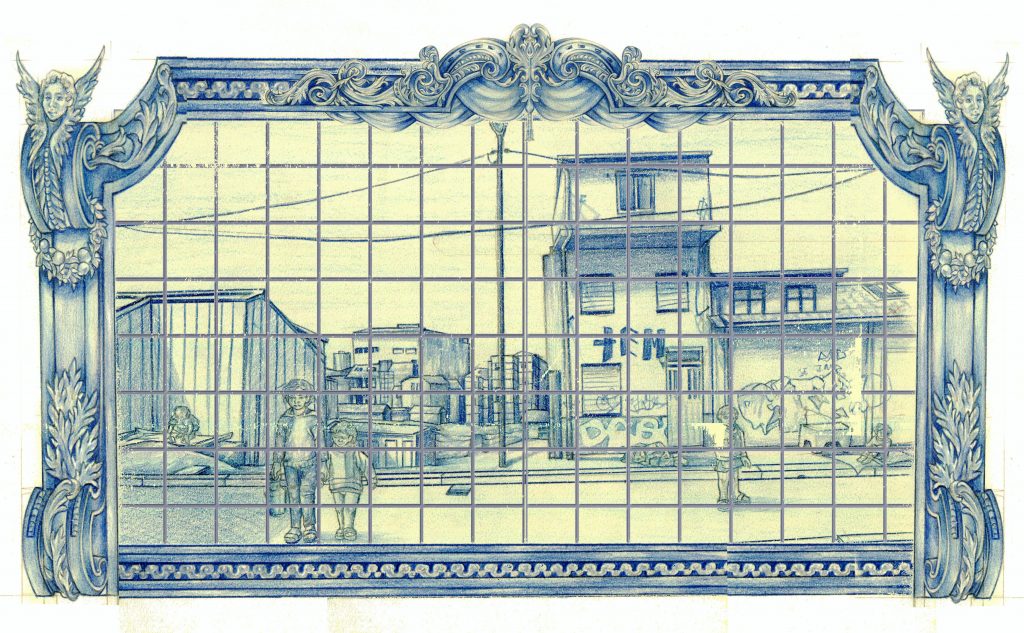 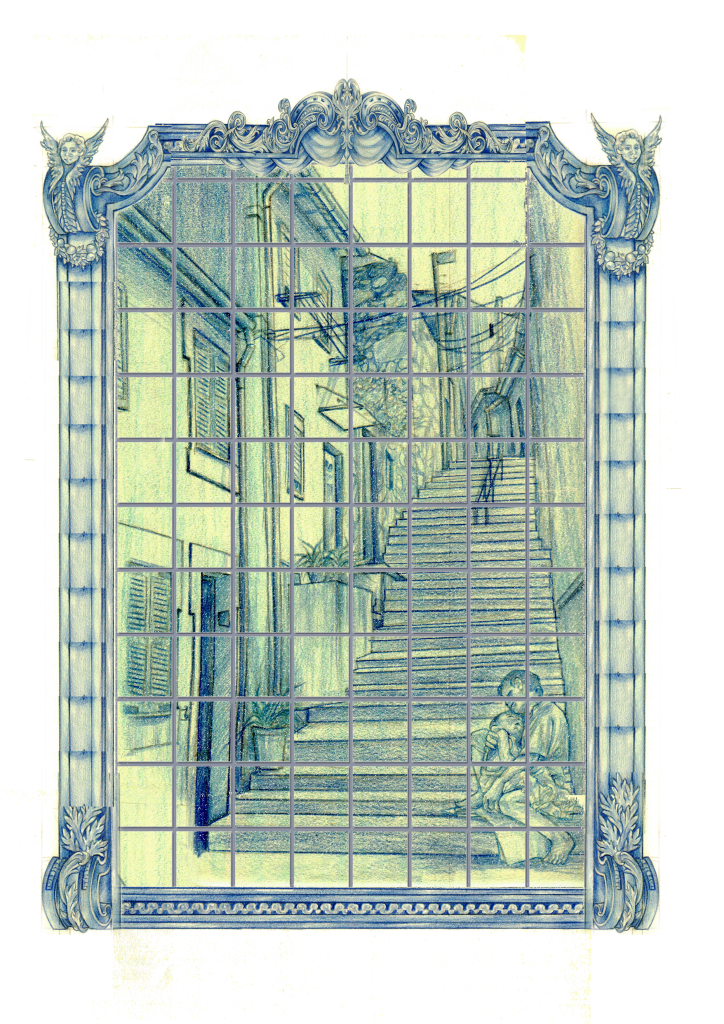 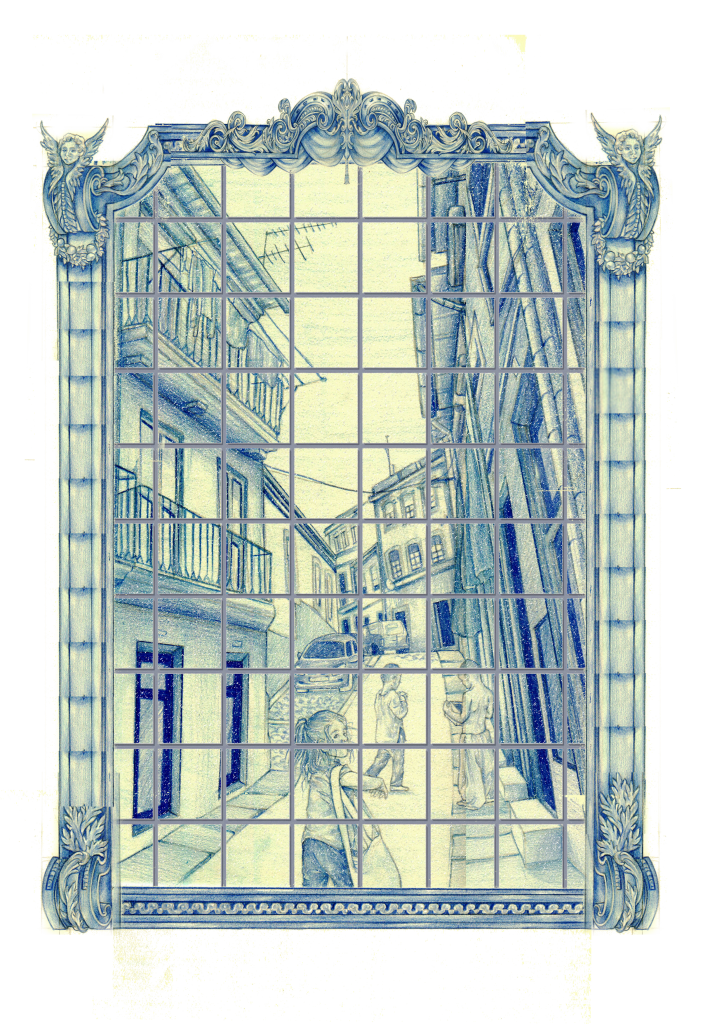 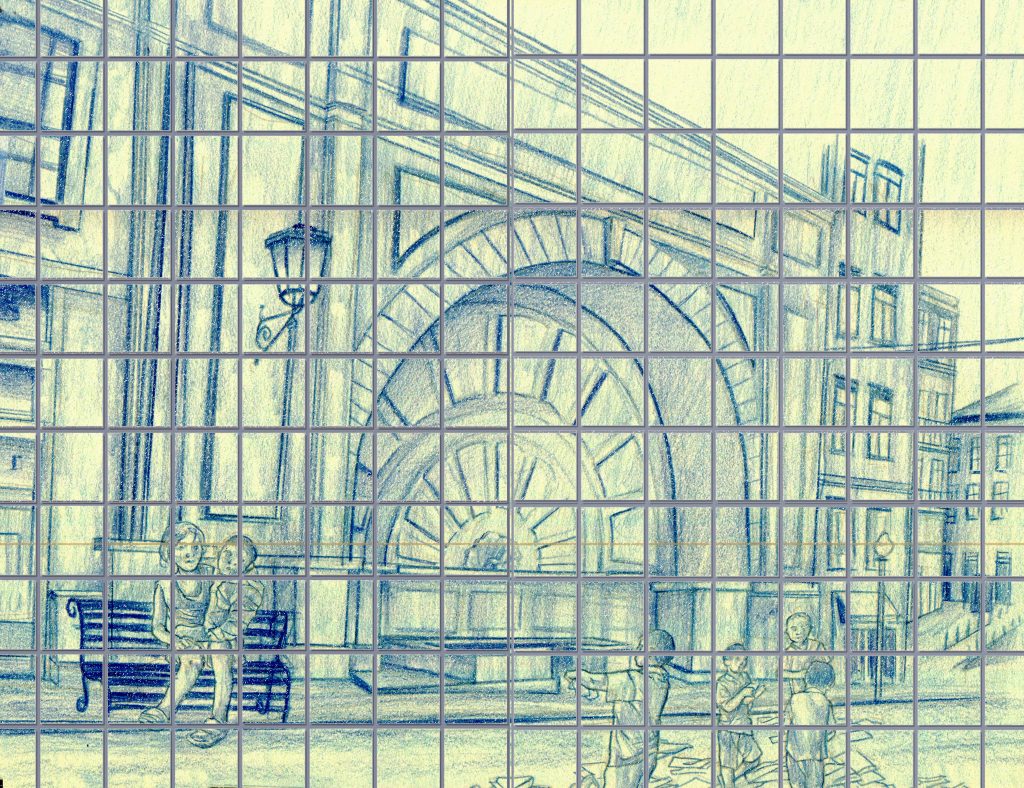 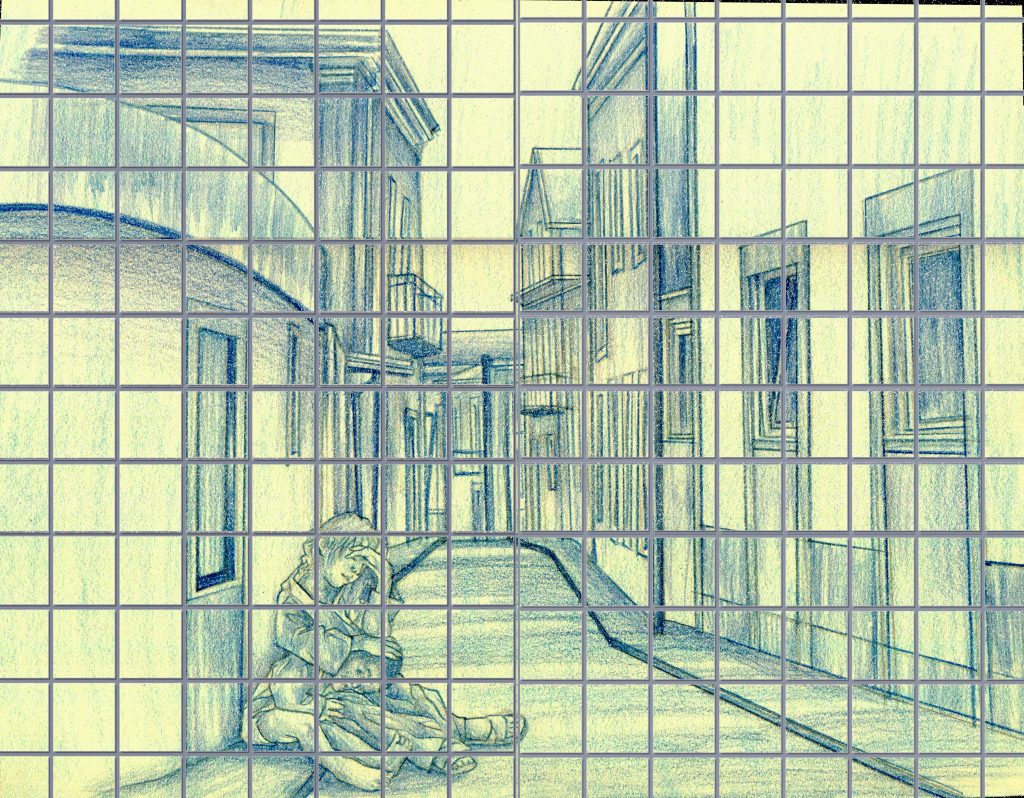 During my childhood I was exposed to the “traditional” form of child homelessness, where children were openly sleeping and living in the streets, and although that is no longer the most common scenario (due to orphanages and other youth care institutions) perhaps it is more relevant than before to bring forth this issue, specially since the cases of child homelessness in my country have increased over the years and these minors are currently facing great difficulties away from the public eye.

This case was better framed by the Immediate Intervention Plan created by the Institution of Social Security, that characterises the cases of children and young people under the Portuguese Estate’s care. In summary, during the year 2009, 9,563 homeless children were received, of 2,187 who initiated the Care Plan only 472 were de-institutionalised. The system reveals the following characteristics: large numbers of children are taken into the Estate’s custody and placed into institutions from which a very small percentage is reintegrated into the community. This trend has prevailed since, and the numbers of homeless children have not only increased due to cuts in Social Support to low income families, but also due to the decrease in adoption and abolition of foster care (Delgado, 2010). 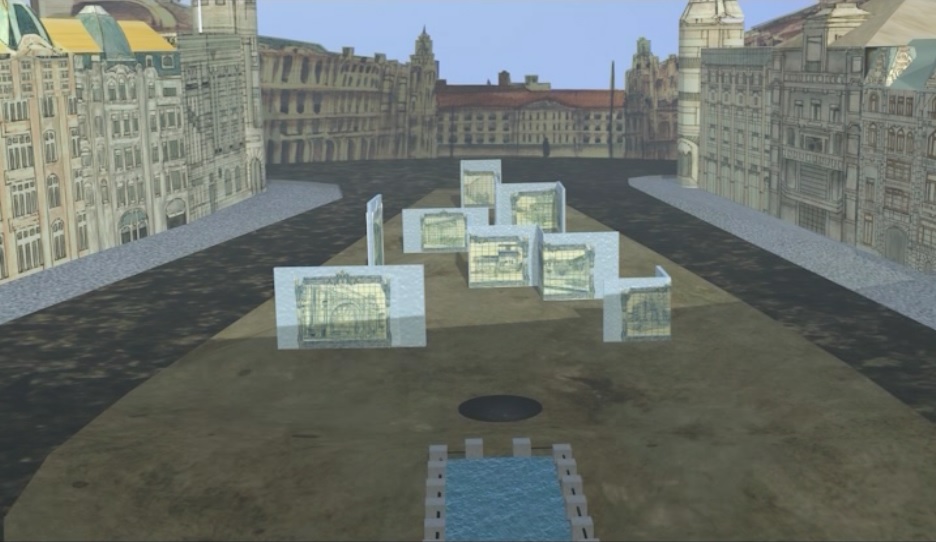 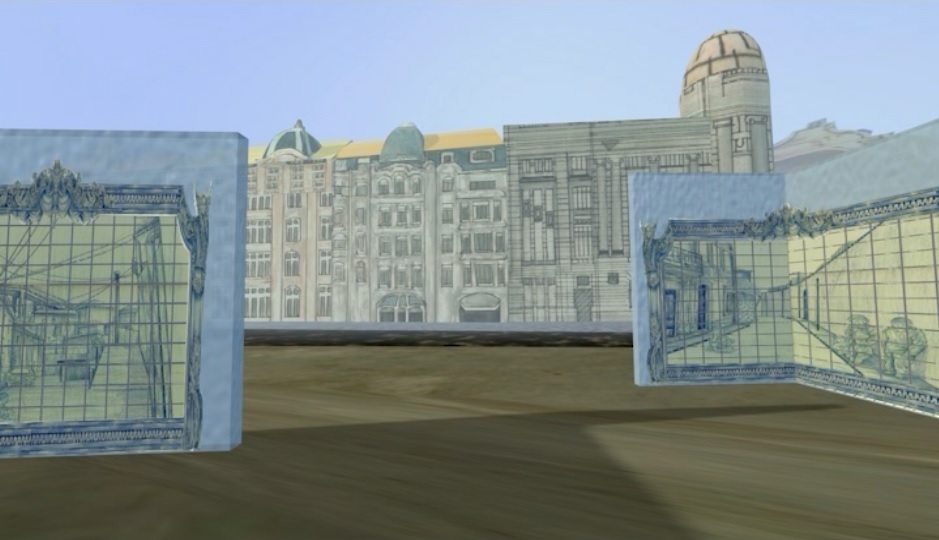 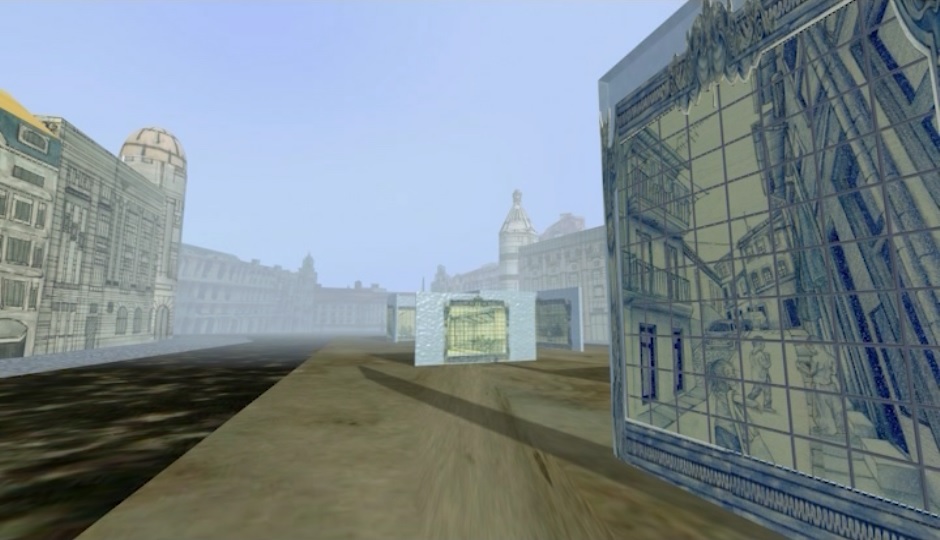 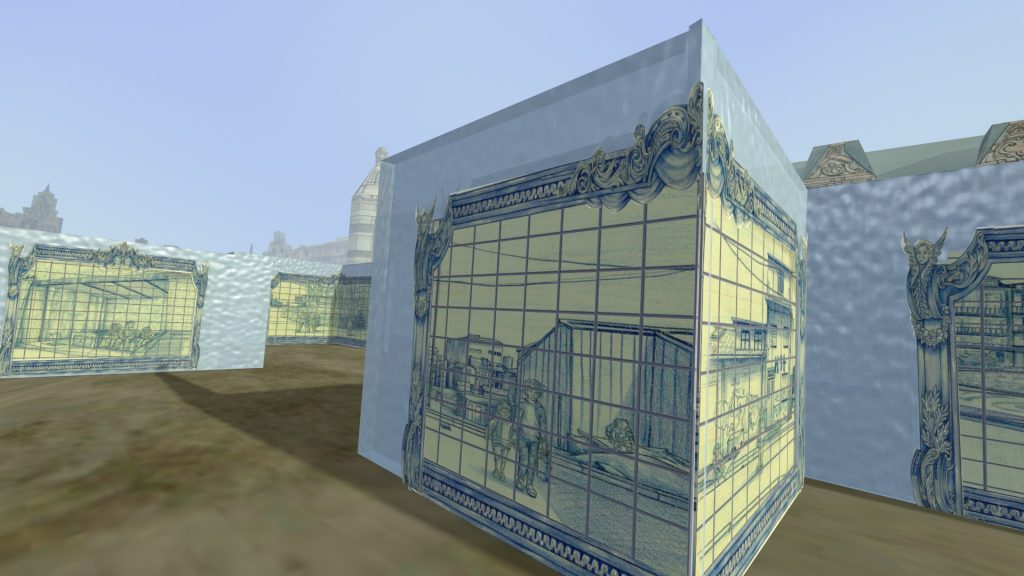 In this VR experience the audience is taken on a journey from my point of view as a child residing in the city of Porto, walking in a plaza in the centre of the city and being faced with scenes of homeless children in their daily lives. These depictions are placed on glass walls that form a maze like structure in the middle of the plaza, inducing the feeling of being transported to a different location beyond the one they are currently in. The purpose of this effect is to induce in the audience the feeling that we experience when our memories take over and “transport us into the past”, effectively taking them into my memories. Since this experience is from my point of view as a five year old the height is very short, placing the audience at an angle where they feel vulnerable as children observing other children in the grandiose of the city.

The illustrations in the glass walls are created in a series of traditional Portuguese XVIII century tile style, which is not only a key cultural reference but also a reinforcement of the idea that people in homeless situations become invisible to the public, blending in with the landscape and becoming part of the architecture. While the images are comprised of scenes from different areas of the city, the overarching style, chromatic tones and particularly the frame provide visual cohesion, turning all these various parts into one single piece.

From an interactive perspective, the audience will not only be walking but also selecting an audio option from each tile where they’ll be able to listen to me retelling my experience in relation to what is depicted the image, functioning as a form of a diary with various entries of my memories related to each particular tile.

This project was an incredible venture and it was also extremely fun to play around with 3D modelling and animation. Currently only the modelling has been finalised and the interactive VR section is still undergoing some work. For an update on the complete version of this project keep an eye out for future blog entires.

Thank you for reading,