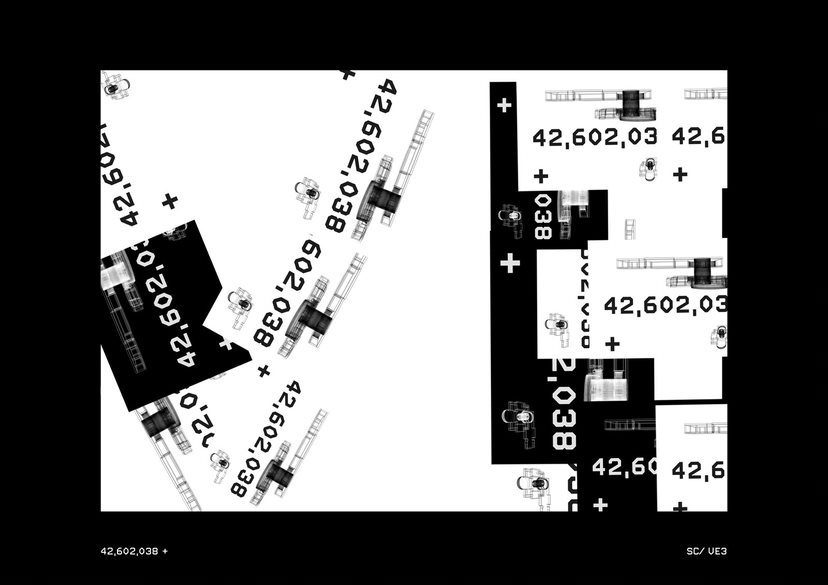 In mid November 2020 I had the amazing opportunity to make a collaboration with Lois Emma Harkin for the online virtual exhibition initiative that she created titled ‘Stay Connected VE3’ 2021, that is currently running from 26th of February to 26th of March 2021. This exhibition is the third instalment of the ‘Stay connected’ series of online art group exhibitions.

‘Stay Connected VE3’ is a Virtual 3D online art exhibition composed of 37 international artists, paired with an artist profile on the exhibition’s website and a feature on the curator’s social media. This exhibition is showcased in a 3D modelled gallery, available in VR format, where the audience can easily access and see the works. The main goal of this exhibition is to provide a unique and safe space for artists to showcase their work under the difficulties presented by the Covid-19 pandemic, and bring together creators of various backgrounds to present their diverse works. 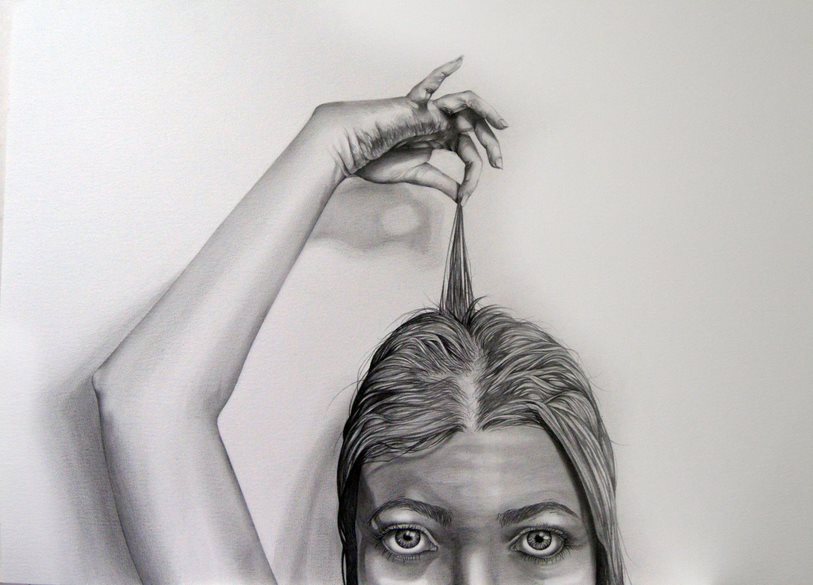 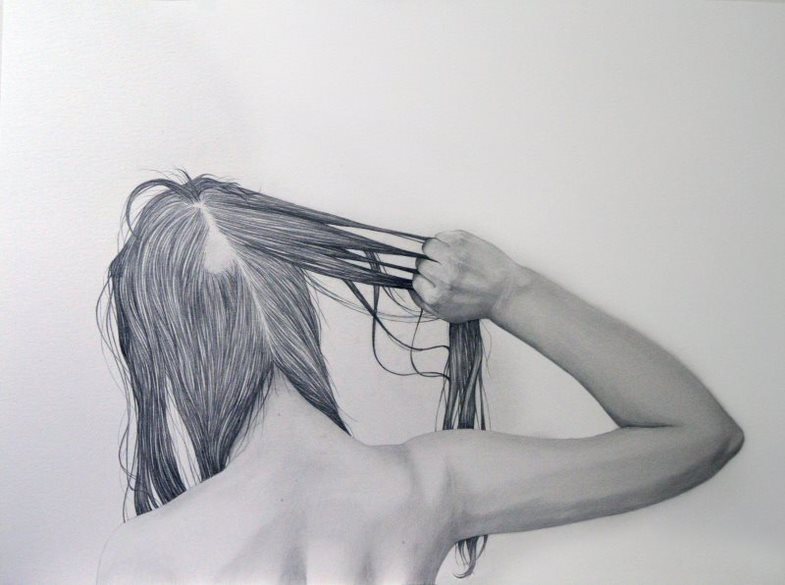 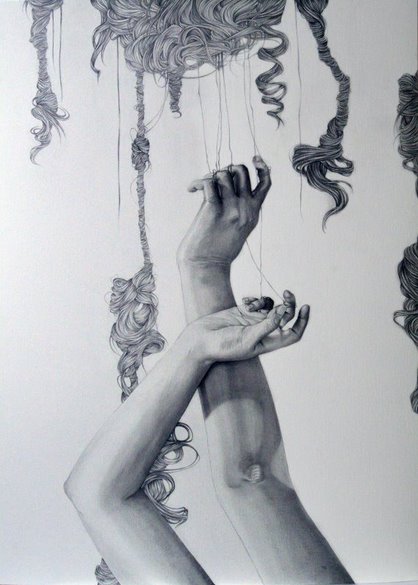 Currently, in my art practice I am exploring the theme of mental wellbeing and particularly Trichotillomania, a mental disorder characterised by the compulsive urge to pull one’s hair, falling into the category of Body Focused Repetitive Behaviour (BFRB) disorders. As someone who struggled with this condition my whole life, I aim towards raising awareness on these “invisible conditions” that go by unnoticed by the public and reach out to those suffering with Trich to let them know they are not alone.

By order of appearance:

This artwork is a self-portrait, exposing my Trichotillomania condition to the audience in an open way, directing the attention towards the most hidden feature about me that is now centred. Having developed this mental disorder at the age of eleven, Trich (for short) has for the most part taken over my life in a distressing way, leading me to isolation and covering up, so as to avoid the shame of being seen. Currently, however, I am much more comfortable with my body and mental state which gave me the courage to come forward and address this topic publicly.

“Regrowth” is a term referring to the short hair patches that have grown from a previous bald spot, as a result of intense hair pulling.

This self-portrait focuses on depicting the emotional side of my condition and is a reflection on the uncontrollable and incessant urge to pull hair, that a person with Trich often feels during what usually precedes a “pulling session”. When this all-consuming urge takes over it can last for hours and even weeks, leading to several large-size bald spots. The feeling is akin to that of drowning, or suffocating, desperately reaching for the way out.
”Stop Pulling” is also a frustrating remark that people with Trich hear often from those around them, who insist that all you need to do in order to avoid pulling is to just stop.

Tug-o-war is a visual reflection of the inner struggle and relationship a person suffering with Trich has with him or herself. Very often, the feeling is that of being at odds with oneself, or having our bodies working against us in some twisted game where we are simultaneously trying to grow our hair as fast as possible while also pulling it out. This struggle leaves the host exhausted, with the impression that there isn’t a moment’s rest from this condition. 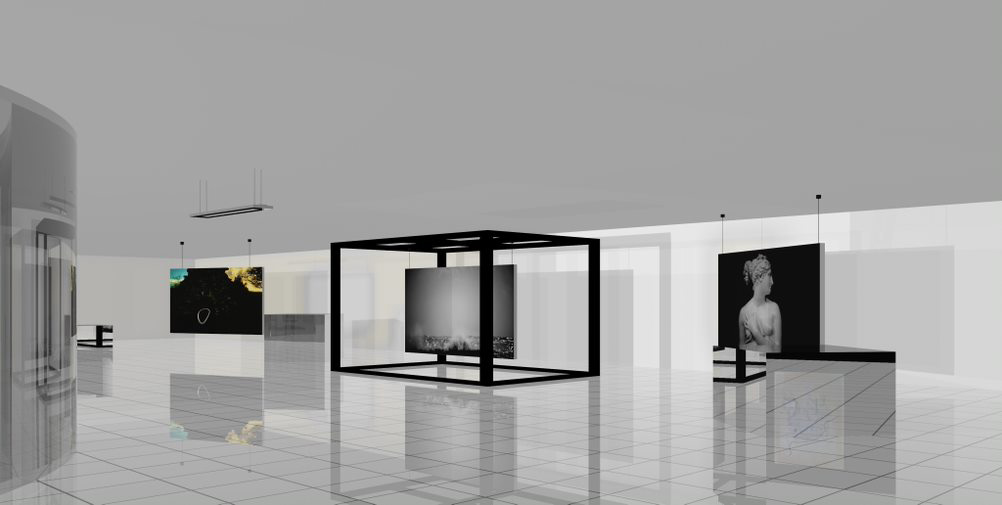 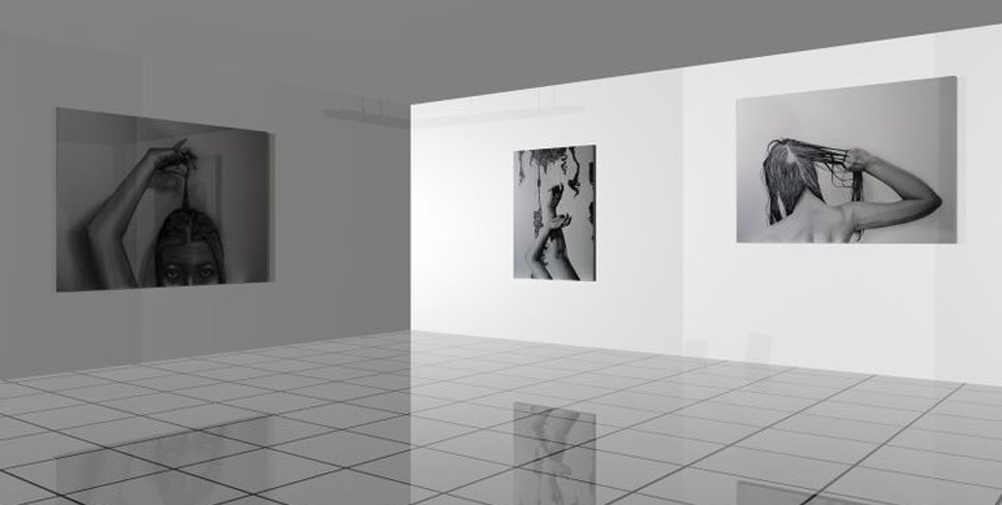 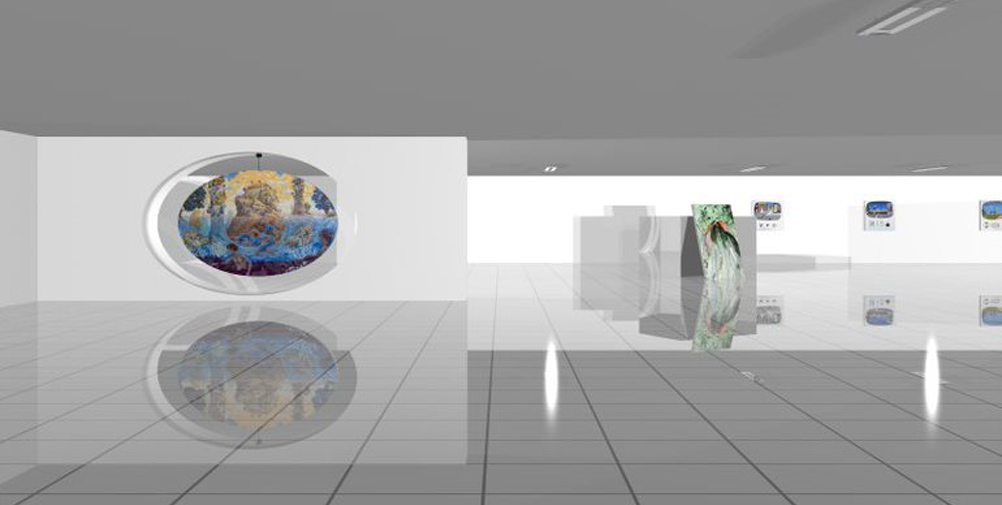 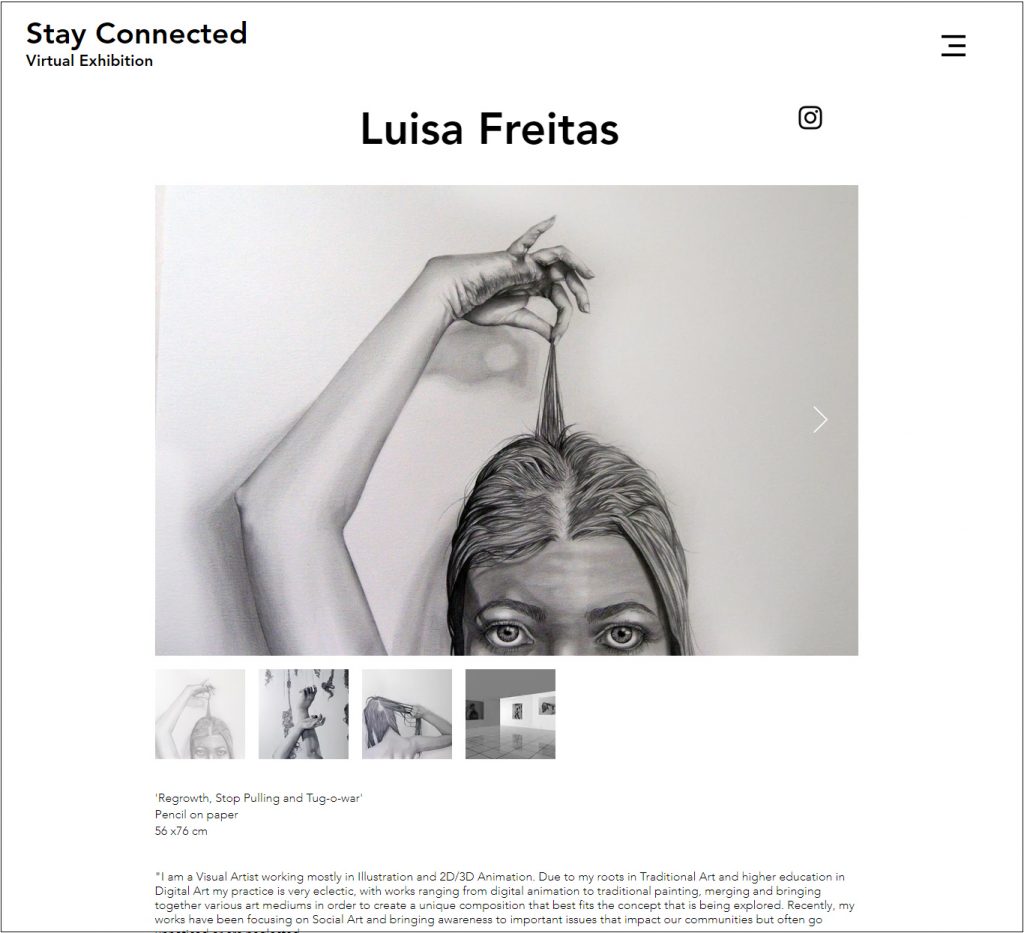 The “Stay Connected VE3” exhibition occurred entirely online on a 360 virtual tour with an added VR navigation option, alongside a website dedicated for this initiative. All artworks displayed can be found on the curators’ Instagram.

Being back on board of this initiative is a great feeling, and I’m glad to be able to contribute with meaningful artworks. The online 3D and VR gallery has now three floors and ten gallery rooms which look  incredible, and produced some beautiful exhibition renders. Similarly to the previous instalments, the main goal of this virtual exhibition was to create a Covid safe space where artists could present their latest creations without risk of contamination, while simultaneously bridging the gap between Art and Audience in a space that is easily accessible to most demographics.

Special thanks to Lois Emma Harkin for another successful instalment of the online VR exhibition, that is growing exponentially, and I’m really grateful for being taken on board once again.

Thank you for reading,